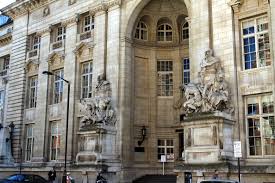 Robert is delighted to have been invited once again to join the judging panel of the Imperial College London Faculty of Natural Sciences London Schools competition.

The purpose of the competition is to motivate school pupils to engage with science, to encourage them to work together as part of a team and to engage them in a fun activity that is motivated by their curiosity and drive.

The competition first ran in 2014/15, with the aim being for teams to put together a case for “The most significant scientific discovery or achievement of the last century”.

The competition will run again in 2015/16 when the aim will be for teams to identify an everyday problem that directly impacts society. They must then come up with a new and innovative scientific solution to tackle this problem and present this in the form of a short film.

An information pack with full details of the competition will be sent out to schools across Greater London in November 2015 and pre-registration will open in December 2015.