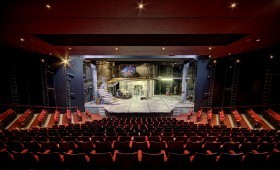 Robert is looking forward to speaking at theatres around the UK on the following dates: