Robert will be speaking at this year’s Kings Lynn Festival on Wednesday 24 July at 7pm.  Tickets for the talk, entitled Modifying Humans are available here: https://www.kingslynncornexchange.co.uk/whats-on/event/talk-prof-robert-winston/ 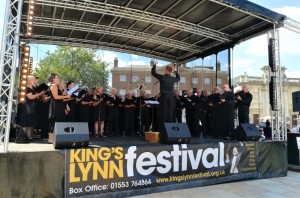 ‘Historians suggest that Federico is always painted from the left side because of disfigurement after losing his right eye in combat.  The missing bridge of his nose is mysterious – after the injury, did he have the bridge removed surgically, to retain peripheral vision from his left eye for combat? The puzzling kyphosis, the humpback deformity depicted in various portraits, is hardly ever mentioned. Dr Antoni, the New York osteologist, argues this resulted from the weight of his armour. I am grateful to Karen Watts at the Royal Armouries museum who says his chest armour would have weighed around 26kgs; his helmet perhaps 1kg. Quite heavy – but 15th Century armour was carefully fitted being supported most evenly around the body.  And painted from the left? Some neuroscientists opine that left dominant portraits are often of individuals unconsciously wishing to show their sensitive side (controlled by the right cranial hemisphere).  Perhaps Montefeltro was a bruiser, but he ensured that Urbino be noted for courtesy, refined manners and its civilisation.’

We were delighted to hear that Utterly Amazing Science has been shortlisted for the Royal Society’s Young People’s Book Prize 2015.

The Society awards a prize each year to the best book that communicates science to young people. The prize aims to inspire young people to read about science and promotes the best science writing for the under-14s.

Publishers across the UK submitted their best recent books and an adult shortlisting panel has narrowed down the choice to a shortlist of six.

The winning book will be selected entirely by groups of young people from schools and youth groups around the UK. Each group forms a Judging Panel that looks at all the shortlisted books and chooses a winner.

Robert Winston, amongst other scientists, sci-fi experts, filmmakers, critics and writers pick their favourite science fiction films for Time Out.

What do you think? Click Here for the full Time Out article and top 100 to see where Robert’s choices came in the line up.

Robert Winston teamed up with British Airways to find out which toys would keep children most amused in-flight.

School’s out for most of the country this week and ahead of the great family getaway British Airways Holidays surveyed parents to understand their travel worries and discover the top toys to take on a plane.

British Airways found the biggest concern parents had when flying with their youngsters was keeping them entertained, with 60 per cent of parents revealing they were unable to keep their child occupied for longer than 30 minutes.

The airline conducted a social experiment, placing 30 youngsters on a flight for two hours with a selection of toys. The children, aged two to 10, were given 90 minutes playtime and observed by scientist Robert Winston and a team of educational psychologists. To view a video of the experiment visit: https://www.youtube.com/watch?v=qs7NxqhOCPQ

The surprising findings revealed that it was actually the cheapest toys that kept the children occupied for the longest. Play-Doh and toy-of-the-moment Loom Bands topped the list with 80 per cent of children and 70 per cent of parents saying they would take these on a flight in the future. Both toys, costing just 74 pence and £1.99 respectively*, kept more than half of the children occupied for longer than 40 minutes.

The most popular toy among two to five year olds was Play-Doh, while Loom Bands were a firm favourite with the five to 10 year olds. Timeless classics such as Lego and Top Trump cards also scored highly with this age group; keeping them entertained for an average of 37 and 33 minutes respectively.

Professor Winston, said: “Although the temptation is for parents to play a film in the hope that their child falls asleep, activity based toys, such as lego, sticker books and travel games are also a great way to keep them engaged. Bringing out a different toy at regular intervals is guaranteed to keep them quiet for longer than 90 minutes.”

In the poll of 2,000 people a quarter of those surveyed said they worried about their children disturbing other passengers, while more than half were nervous about disrupting their youngster’s sleeping pattern.

Dr Vivian Hill, educational psychologist from the Institute of Education, said: “Toys that spark the imagination and encourage creativity, rather than static toys like soft toys and dolls, are proven to keep children occupied for sustained periods.”

Ian Ellis, toys buyer at John Lewis, said: “Loom bands have been hugely popular. We started selling them at John Lewis a couple of months ago and in the last few weeks we have really seen them take off. It has been such a big playground phenomenon with children wanting the newest colours and sets, we will be introducing more to our range as the trend continues.”

British Airways top ten toys to take on a plane:

Robert Winston launched his new, pop-up children’s science book at Hay Festival. Publisher’s Dorling Kindersly organised the early publication of 125 copies of the book, which is out in July 2014.

Professor Winston promoted science to an audience of 1100 children and their families and answered questions such as “What are butterfly wings made of?’ and ‘If the Earth is round and turning, why are we never upside down?’

Nene Park Academy has named one of its pastoral houses after Robert Winston, so he was only too pleased to visit the new school and officially open it. The school’s website has more information and local media coverage.

Robert Winston , on a trip to New Zealand, takes times to talk to breakfast television about infertility in later life. See the interview here.

Professor Robert Winston is launching a new service to help those seeking impartial fertility advice.  The service, run through the charity Genesis Research Trust, will then see questions anonymised and published, along with Professor Winston’s  personal blog. The advice is offered free of charge but it is hoped that those receiving advice will make a donation to the charity to ensure it continues its vital research into women’s and babies’ health.

The Essential Baby Care Guide will be launching in Tesco in February 2014 as the complete guide (RRP £19.99) as well as short single subject DVD (RRP £3.99) and is available to buy on Amazon or The Essential Parent Company website