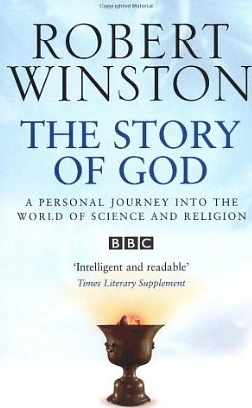 From the tiniest microchip to the information superhighway, the modern world is dominated by and dependent upon science. Yet whether we realize it or not, we live in an age where faith is still an important influence in our lives. The majority of Americans profess a belief in a Christian God and Islam acts as a unifying, energizing force for many of the world’s most dispossessed people. In the UK congregations may be shrinking, but popular belief in the supernatural – ghosts and spirits, fortune-telling, faith healing – is stronger than ever.

In The Story of God Robert Winston examines the relationship between science and religion across time, beginning with the primitive worship of early ancestors and concluding with a vivid portrait of faith in the modern world.

Grand in scope, adventurous in tone – and written from the perspective of a respected scientist who is also committed to Judaism – this groundbreaking work traces a line across continents, cultures and eras.

Find The Story of God on Amazon.co.uk